Adam Weigold, CEO
Although cloud storage and cloud computing, in general, have ushered a paradigm shift in the way the internet is being utilized, the technology has its fair share of complexities, many of which stem from its centralized nature. Cloud security, for instance, has become the prime concern for all enterprises. Sending ripples across the enterprise space, reports of breaches continue to rise in parallel to the rate of cloud adoption. Meanwhile, the cloud-bound era of the internet has also witnessed the promising potential of blockchain technology to restore net-integrity. By leveraging the best of both the technologies, San Francisco-based Cryptyk offers Vault, an encrypted and decentralized cloud storage solution, which is backed by Sentry, a blockchain-based trail-auditable database. The result is a cloud storage and file sharing platform with inherent protection against external, viral, operational, internal, and surveillance threats.

Cryptyk’s Vault encrypts uploaded files and shards them into five segments, each of which goes through another round of encryption before being stored distinctly on major cloud platforms such as Dropbox and Google Drive. In addition to providing trackable file sharing which in turn enables enterprises to keep a check on the data in motion, Sentry offers functionalities such as ID Verification, digital leak prevention, and user access monitoring. With an encryption model that would take years for even quantum computers to decrypt, Vault delivers unprecedented security from external threats via its two layers of decentralized storage architecture.

With decentralized authentication, there is no single mechanism to access multiple users’ credentials, which eliminates wide-scale breaches entirely

Brown highlights that the authentication engine can secure any type of credential, from passwords and PINs to advanced biometrics such as fingerprints and face scans. In that sense, “with factor agnostic authentication, businesses can improve security while enhancing the user experience,” says Brown. Biometrics, especially in MFA settings, can shield companies from common attack vectors, including phished credentials and credential stuffing. Additionally, biometric authentication reduces user experience friction associated with traditional login methods. 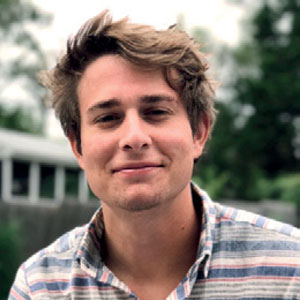 Raghu Kotha, CTO
NuID’s team envisions a digital identity paradigm that combines the growing trends of bring your own identity (BYOI) and self-sovereign identity (SSI) to enable individuals to own their own data, and reduce the costs and liability businesses face in identity management. Their unique authentication protocol can serve as the foundation for robust and interoperable identity management solutions, both for companies’ employees and users. “Companies can integrate the NuID engine with their existing identity and access management solutions and standards-based single sign-on,” explains Nolan Smith, CTO of NuID. Further, the unified but decentralized NuID solution allows for seamless interoperability with emerging Web3 technologies.

Brown believes that user data security and identity management will increasingly be a top priority for businesses and users alike. Traditional authentication workflows have proven ineffective against recent attackers and often lead to leakage of sensitive user information. “Enterprises will need to embrace innovative technologies to keep the trust of users and protect employees in the modern digital age,” he concludes. 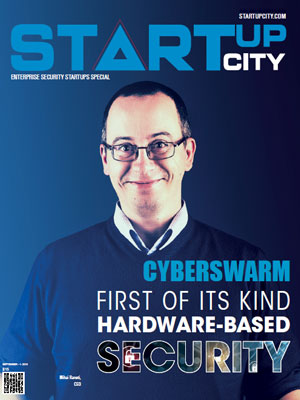