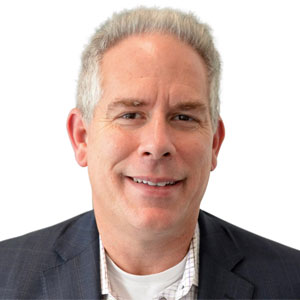 If you’re building a company -- not just a sole proprietorship -- you need a solid team. You want the people who surround you to be the best in their field. How do you identify those people? How do you attract them to your company? Once you get them onboard, how do you make them as effective as possible in the shortest period of time? What are some of the key components of leading and coaching a stellar team?

"If everyone in the team is doing their job and making sure they’re covering for everyone else, then you have a better chance of winning"

Like many professionals, I like to use sports analogies for business situations. What is a team anyway? It’s a group of people brought together to compete with the goal of winning a competition. This is the case in sport or in business.

1. Everybody should be rowing in the same direction.

For a crew team, everyone is in the same boat, rowing in the same direction, except for the signal caller, who is looking forward. That person is the guide. He or she sets the direction and course-corrects, if necessary. If only all companies worked like this! I’ve seen some companies where people acted like they were in their own boats, doing their own thing, thinking about separate ideas. I’ve also seen people working very hard, but they didn’t have a plan or a clear idea of where they were going. Rowing the wrong way can be as much of a problem with leadership as it can be with the team.

People on a team may play different roles, but they all have the same goal --to win. If everyone is doing their job and making sure they’re covering for everyone else, then you have a better chance of winning. This goes for individuals, teams and companies. If you don’t have a clearly set direction and aren’t measuring progress along the way, there are a lot of mistakes that you can make. You can waste time and money. Worst case, you can fail as a business.

3. You don’t just play the game to play.

If you have immense talent, but a poor work ethic, you will never be a champion. You see this in sports and in business. Hard work in a startup requires commitment to a vision and passion. Working hard doesn’t mean that you can’t have fun. In fact, sometimes when I’ve worked the hardest, it has been the most fun because my team was winning and accomplishing great things.

4. Teammates talk to each other.

The best teams have a collaborative approach. The coach or leader sets the direction, but relies on the team to execute. The coach talks to the team. Teammates talk to each other. A lot has been said about keeping roles very loose and flexible. In my experience, that doesn’t work well in sports teams or companies. It doesn’t mean you don’t give people the autonomy to exercise outside of their role, but they have to fill their primary role first. In fact, once people understand their roles, their ability to collaborate and get things done is greatly enhanced.

In a startup, you need to decide early on what culture you want to have. You have to define roles and responsibilities, as well as the right skills and abilities that fit those roles. Then hire for talent and fit. Find people who are smarter than you, especially in their area of specialization. Scout. Go to tradeshows and universities. Network. Then turn on the charm. Sell them on your idea. The best and brightest are going to be attracted because it is a good idea, you are passionate about it, and you can clearly articulate how things are going to go.

A huge part of leadership is about setting a vision and communicating the end result so people can see it, feel it and taste it. Set and communicate clearly defined goals and milestones so that everyone in the company can feel like they’re winning as the company is winning. A big problem in a lot of companies is that people feel detached from what’s going on. What I’ve always focused on is management by walking around, explaining to people how what they’re doing ties in with the big picture. The more they believe that and have passion, the more likely you’re going to get buy-in and the willingness to do whatever it takes to win.

In sports, team members are trained on what to do. They make sure they’re prepared. Great football coaches and quarterbacks always talk about watching a lot of films and studying the competition. Then when the game is on, it’s about game management. Sometimes the circumstances of the game dictate a different set of plays. In the case of companies, especially with startups, there is a lot of uncertainty and ambiguity. Sometimes your plan must be adjusted and adapted to the real-time circumstances that are going on. Good coaches and leaders know how to do that.

The Changing Geography of the Venture Capital

It's Time for CleanTech to Include Food &Beverages

Why Construction Tech will Make the Difference for Post-Covid...

The Recipe Of Success For Insurtech Startups The Next Wave of Cybersecurity Champions: A Perspective into the...